You’ve probably already heard about Bitcoin, but the detail of what it is may be sketchy.

Put simply, Bitcoin is a type of digital currency used as a method of online payment between owners of the coins and merchants who accept it as payment. It was the first digital currency ever created in the world, and has grown so much in popularity that it’s often referred to as the “people’s currency”.

As a concept, Bitcoin was a groundbreaking and unprecedented innovation at the time of its creation around 2009. It challenged traditional methods of trading and has remarkably paved the way for other cryptocurrencies.

Here are some more interesting facts about Bitcoin:

Recent claims by an Australian entrepreneur to be Satoshi Nakamoto are disputed, so speculation about Bitcoin’s founder continues. Some have speculated that Satoshi Nakamoto is not actually a person, but a group formed from collaboration between electronics firms Samsung, Toshiba, Nakamichi and Motorola.

2. Its value has skyrocketed in roughly seven years

Why not register your interest today for our upcoming Bitcoin Investment diploma to find about more about the emerging cryptocurrency? 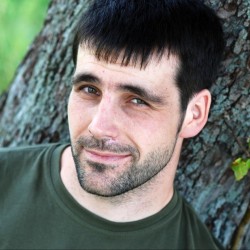 Latest posts by Mark (see all)