How much does plagiarism really cost?

It is fair to say that plagiarism – by which we mean copying someone else’s work or idea and passing it off as your own without proper attribution – is generally frowned upon and its consequences can be quite severe.

We doubt that anyone can say for certain how much plagiarism costs, though some reported cases suggest that plagiarism can cost a lot, including millions of pounds in damages, job losses and the embarrassment of deleted tweets.

US based musicians Robin Thicke and Pharrell Williams

In March 2015, a US court ordered both musicians to pay Marvin Gaye’s family approximately £5.5m in damages for allegedly plagiarising Marvin Gaye’s song ‘Got To Give It Up’ for their 2013 track ‘Blurred Lines’.

Neil Harman reportedly admitted to plagiarising other writers in some of his writing for the Official Wimbledon Annual. Harman was apparently relieved from his writing role for the Wimbledon Annual and subsequently resigned from the International Tennis Writers’ Association.

Clearly plagiarising on social media is equally as reprehensible and the costs can be potentially as severe.

Twitter appears to have recognised an issue here and has confirmed it will be taking action against plagiarism on its network. Its account @PlagiarismBad confirms that plagiarised tweets will be deleted and it reportedly now maintains a list of “plagiarists”.

You will have no reason to copy someone else after completing our Twitter for Business Marketing Diploma Course and How to Master LinkedIn for Business Diploma Course, as these courses take you through the various ways to develop your own voice and creativity. 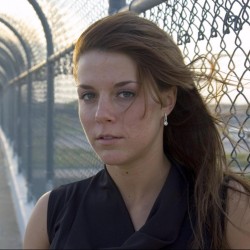